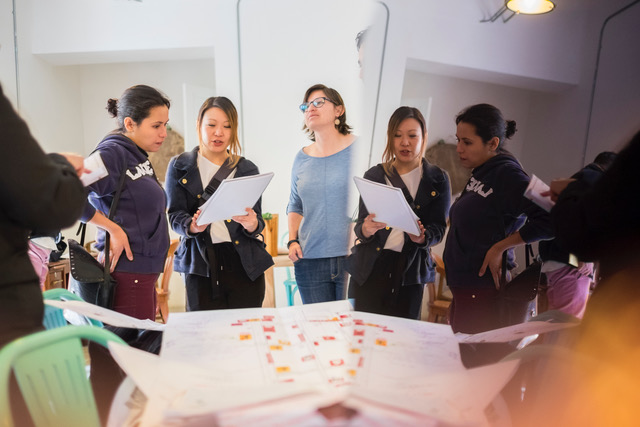 The Business of Media, Entertainment, and Sports Summer Institute is a one-of-a-kind, multi-disciplinary program, designed for undergraduate students and working professionals, that dives into the world of innovating, marketing, and managing within the multi-billion dollar business of entertainment, media, and sports.

This Summer Institute is offered by the Center for Management of Enterprise in Media, Entertainment, and Sports at the UCLA Anderson School of Management. The program is open to all majors.

Students will spend the summer learning the legal, management, marketing, and financial aspects of managing a global entertainment and media enterprise by undertaking a high-profile, team-based capstone project for a major entertainment enterprise.

Students will have the opportunity to speak to executives and learn, first-hand, about the entertainment and sports industries.

All students select one (or more) of six curricular specializations, building a custom educational experience from the following concentrations:

To participate in the Business of Media, Entertainment, and Sports Summer Institute, students must meet the following qualifications:

Students who do not meet the minimum program requirements should not apply and are encouraged to explore other opportunities.

The Business of Media, Entertainment, and Sports Summer Institute awards credit for the following UCLA coursework:

Students will learn to think and act like seasoned leaders in the entertainment business, understanding the complexities of the business, contemporary issues, and maintaining the aptitude to navigate industry challenges with maximum effectiveness. The program is a significant complement to any liberal arts or technical education. The program offers specialized concentrations in the following areas:

Note: It is HIGHLY recommended that students with little to no experience in business, management, or marketing (either academically or professionally) select “Managing the Entertainment and Media Enterprise”.

Managing the Entertainment and Media Enterprise introduces students to the concepts, analyses, and activities that constitute the management of global sports and entertainment. In particular, the course examines enterprises and brands, and provides essential practice in assessing and solving related business problems.

Students benefit from a balanced approach to the business industry for a value-added “real-world” education in the marketing of sports and entertainment products. Considerable focus is placed on customer or user experience through case studies, lectures and guest speakers. The course is designed to blend theory with practical applications.

Throughout the course, students will:

Even before Covid-19 changed every aspect of marketing, every aspect of marketing was already changing. Consumers are harder to reach than ever, forcing the industry to be more creative at every consumer touchpoint. In addition to interruptive advertising like TV and digital pre-roll, brands are attracting and engaging audiences by making movies, TV shows, mobile games, music and live experiences that compete with entertainment while also driving brand and business results. Consumers also care more than ever about brand values, forcing purpose, philanthropy, and transparency into every aspect of brand messaging. Covid-19 has only amplified marketers’ challenges and accelerated the changes.

In this course, students will meet (via live video conference) some of the world’s best marketers from the world’s best brands. Course instructors will guide discussions with industry leaders from categories including athletic apparel, automotive, alcoholic beverages, technology, entertainment, and more. The course will include a capstone project wherein students apply what they’ve learned through the executive interaction, and present ideas to the class, instructors, and an executive team from a leading brand.

Past guest speakers have included:

This track emphasizes real-world experience by providing students with career insights that only industry professionals can offer through:

This course is crucial for anyone who is considering a career in sports.

Past guest speakers have included:

This course will feature a thorough review of the foundational elements of the television ecosystem, how they interact, and how the digital-centric competition for your attention is causing seismic changes in the business. You will leave with a thorough understanding of the levers that move all aspects of the television business — scripted, unscripted, linear, digital, short form, domestic and international. Who’s fighting for what rights and revenues, and what difference does it make to the CEO and shareholders? Who are the key players in these negotiations? What interests are they protecting and why? What leverage does each party bring to bear? … All in the context of understanding how the hurricane of digital disruption is wreaking havoc on the entire industry.

Registration for the Business of Media, Entertainment, and Sports Summer Institute can be done conveniently online using the steps below.

Under Goodman’s leadership, CAA Marketing grew exponentially and expanded internationally, including global initiatives for Budweiser, Coca Cola and Canada Goose, and regional initiatives in China and South America for AB/InBev, all of which resulted in significant sales gains for their respective brands.

In the past three consecutive years Goodman has been named to Fast Company’s Most Creative People in Business 1000, AdWeek’s Creative 100, and Ad Age’s Creativity 50 list. In 2016, Goodman was elected to the Board of Effie Worldwide and selected as the inaugural President of the Cannes Lions Entertainment Jury. Goodman lives in Los Angeles with his wife and two children, where he serves on the Board of Trustees of St. John’s Hospital and is on the faculty at his alma mater, UCLA. 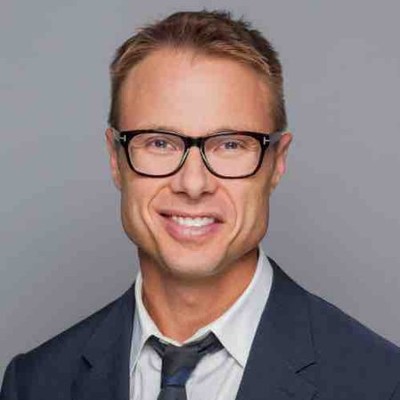 Mark Francis, a native of Fredericton, NB, Canada, holds an MBA and M.A. in sports administration as well as a diploma in university teaching from the University of New Brunswick. He works as an instructor in sports management at UCLA’s Center for Managing Enterprise in Media, Entertainment & Sports (MEMES); an adjunct instructor in sports technology at Camosun College; and a sports management consultant for BaAM Productions in Los Angeles, overseeing the firm’s interests throughout the professional sports industry.

BaAM is a premier event production and management firm whose signature events include the NHL Winter Classic, MLB All-Star FanFest, 2014 NHL Coors Light Stadium Series, Pro Football Hall of Fame FanFest 2014, and the 2015 Pan American Games. A specialist in the area of fan experience and engagement, Francis has significant interests in social media marketing and ROI, brand management, marketing, business development, sports technology, and law. He boasts a wealth of experience at all levels of sport, from academic, business, administrative and high-performance coaching perspectives, which enable him to speak from experience when it comes to his business relationships and teachings. Through his current and prior professional associations with numerous esteemed sports organizations, Francis has developed an extensive professional network throughout all levels of the sports industry, many of whom appear annually during his Sports Business program delivered through the Center for MEMES at UCLA Anderson School of Management.

A dedicated supporter of community involvement, Francis also serves as advisory board chair of the African Sports Business Association, and as volunteer head coach of the men’s hockey program at UCLA, where he was selected as one of two finalists for the PAC-8 Coach of the Year Award for 2012. Francis was also selected as head coach of the PAC-8 selects at the ACHA National Championships in Philadelphia in 2011 and 2013. He recently completed a two-year term serving as the executive director of the PAC-8 Men’s Hockey Conference. 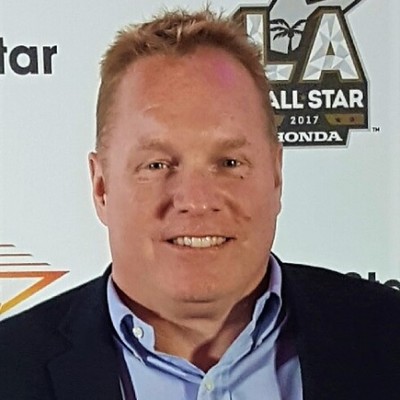 Prior to joining Discovery in 2007, Sabin was with Fox Television Studios for seven years, where he served as Senior Vice President, Business Development and Operations, and, before that, Vice President, Business and Legal Affairs. At Fox, Sabin oversaw the business operations for domestic production groups, devised and implemented business models for international format production and distribution, oversaw the acquisition and formation of local production companies around the world, and structured the company’s new media production business model.

Earlier, Sabin was a partner at Greenberg Glusker, a full service business and entertainment law firm based in Los Angeles.

Sabin received both his Juris Doctor and Bachelor of Arts degrees from the University of California, Los Angeles. 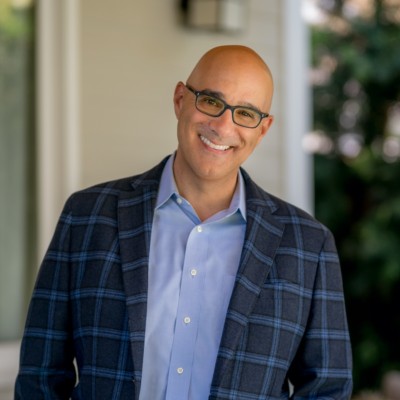 Diana Day has been in a notable figure in sports marketing and athlete representation in the United States for the past 16 years. During her career, she has played an integral role in the domestic and global brand strategy, creation, and execution for numerous athletes, including many NBA icons. She is passionate about not only building curated brands for athletes and influencers across the world, but also aligning companies and properties with the right celebrities to create authentic and dynamic partnerships. For nearly 12 years she was a Principal at Landmark Sports – a premium, full-service sports management and marketing firm for elite NBA players. Prior to Landmark Sports, she worked for Athletes First, a premium NFL representation firm, and SFX, a global sports marketing and management agency. In 2017 Forbes named Diana as one of “The World’s Most Powerful Sports Agents,” making her the first female to ever be named to the list. Diana earned her bachelor’s degree at UCLA (where she was a member of the UCLA Women’s Waterpolo Team), and her Juris Doctor at Chapman University School of Law.

During his 20-year career, Bill has established himself as a respected expert in athlete marketing and personal brand management. His work with icons such as Clayton Kershaw, Yao Ming, Steve Nash and Christian Yelich has in many ways helped set the standard for athlete marketing. By helping clients build, maintain and protect their brands, Bill’s approach increases client marketability, raises brand awareness and increases long-term revenue. Bill believes the key to effective talent marketing is the formulation of a long-term player brand strategy, which includes a substantial commitment to community involvement, media relations and social media plans, and the pursuit of appropriate corporate partners. Bill previously served as Chief Marketing Officer at BDA Sports Management and as SVP of Athlete Marketing at Excel Sports Management, where notable clients included Blake Griffin, Danica Patrick, Derek Jeter and Kevin Love. Bill currently serves as president of the newly launched August Icon Marketing, and serves clients that include: Clayton Kershaw, Christian Yelich, Patrice Bergeron, Mitch Marner, Taylor Hall, Aaron Nola and many more. During his career, Bill has aligned his clients with numerous global brands, including: Coca-Cola, Pepsi, Gatorade, Vitamin Water, Visa, American Express, Apple, Sprint, T-Mobile, Verizon, AT&T, Guinness, Bridgestone, Raymond Weil, Tag Heuer and many more.  Bill earned his MBA, with an emphasis in Marketing and Entertainment Studies, at UCLA’s Anderson School of Business. He earned his Bachelors of Arts in Political Science from Loyola Marymount University.

You have one week to change specialization courses with instructor approval after the first day of the program.

Students will need a laptop or desktop computer with a working webcam and microphone as well as a reliable internet connection.

Students will receive a letter grade upon completion. See University Credit, Grades and Transcripts for more information about academic credit.