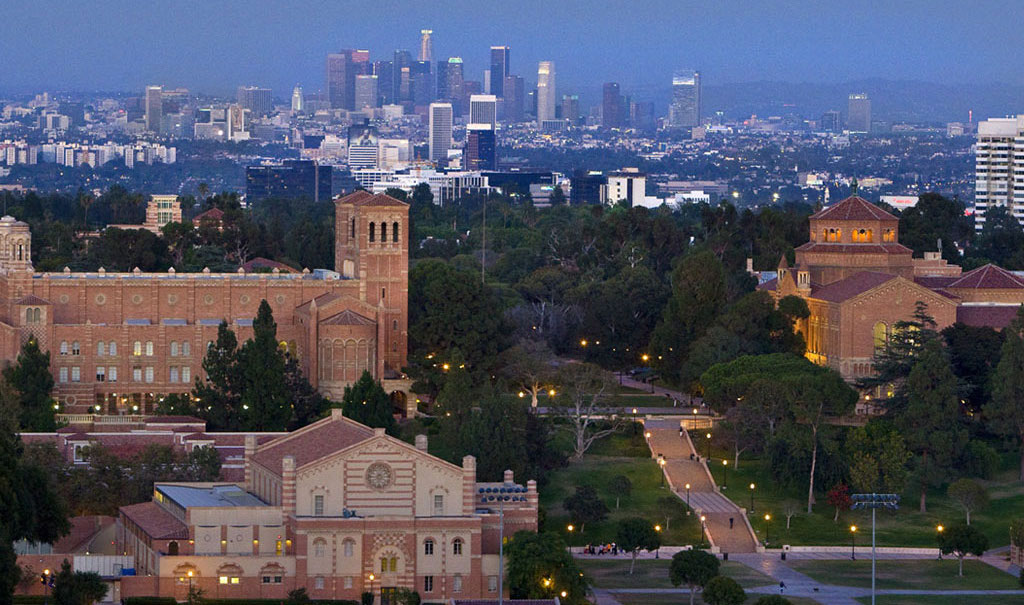 Creative Producing lets college students study the role of the creative producer or executive while participating in entertainment industry internships with companies located in Los Angeles. In class, students study the history of the Hollywood studio system and gain a critical perspective of the contemporary industry. In their internships, students apply those skills “on the ground” and build important relationships with industry professionals. In this way, the Creative Producing track is the perfect combination of theory and practice and contributes to a well-rounded liberal arts education that will benefit a wide range of majors from the humanities.

In the exclusive Summer Institute Symposium, students from Creative Producing meet and listen to some of Hollywood’s most accomplished professionals. High-wattage guests have included Eric Heisserer (writer, Arrival); Steven Canals (creator and EP of Pose on FX); Jeff King (Executive Producer of The Umbrella Academy on Netflix); Agents from CAA, ICM, Paradigm, and UTA; Simon Kinberg (Writer/Producer, Deadpool, X-Men: Apocalypse, The Martian); Zak Penn (Writer, Ready Player One); and many others.

Guest speakers will also visit the FTV 183A virtual classroom. Past guests have included executives, coordinators, and more from companies like Sony, Paramount and Paramount TV, ABC Studios, and Netflix; agents and managers from top companies, and the professionals behind such shows as Modern Family, Marvel’s The Runaways, and more.

Creative Producing students pursue internships at entertainment companies during the day. Once students are enrolled in the Creative Producing Summer Institute, they will receive an introductory email from the Summer Institute Internship Coordinator. Our coordinator will work closely with each student, helping them to prepare their cover letter, resume, and interview techniques as well as guide them in the internship search process. While our coordinator may have leads for certain internship opportunities, the onus is ultimately on the student to secure an internship.

In the past, Summer Institute students have interned at companies such as NBCUniversal, United Talent Agency (UTA), MGM, Sony Pictures Studios, Mandalay Entertainment, Nickelodeon Animation Studios, Wonderland Sound & Vision (Lethal Weapon TV Series, Supernatural), Comedy Central, Chernin Entertainment (Hidden Figures), DeLine Pictures (Ready Player One) and many others. Students are responsible for applying for their internships, and our internship coordinator advises and assists students throughout the process. However, because summer is a very competitive season for internships, early registration is required to ensure sufficient lead- time for the application process.

Hollywood and the Industry

Students will also participate in a Professional Development workshop on Pitching and the Industry, receiving an inside scoop from a seasoned industry professional on how projects are pitched and sold in Hollywood.

To participate in the Film and Television Summer Institute – Creative Producing track, you must meet the following eligibility requirements:

Due to visa restrictions, international students are not eligible.

Eligible applicants who successfully submit all requirements will be reviewed and notified via email of an admission decision within two weeks. See Application Requirements below for details. Early application is strongly encouraged.

Applicants are required to provide the following during the online registration process:

The Creative Producing track is by instructor consent only. To participate, you must apply and receive acceptance into the program. Students will be notified within two weeks of an acceptance decision.

Applying for the Film and Television Summer Institute – Creative Producing can be done conveniently online with the following steps:

*The registration fee is required for each program and is not refundable under any circumstances including, but not limited to, drop for non-payment and withdrawal, even if you withdraw from the program before it begins.

If registering after May 1, full payment of the program fee and non-refundable registration fee will be required to reserve your space in the program. Additional fees, such as the document fee and IEI fees, will be assessed after enrollment.

The schedule and syllabus are subject to change. Enrolled students will be given updated materials closer to the program start date.

The program fee includes the unit fees for the UCLA coursework offered as part of the program and thus varies by UC student status. In addition to the program fee, students are assessed other campus and administrative fees during the summer. This is a summary of fees that commonly apply to the selected student type.

Alex Franklin is a lecturer in the Department of Film, Television and Digital Media where he teaches graduate-level courses about the development and production of feature films and television projects. He also teaches several courses for the Undergraduate Honors Collegium and the Department of Global Studies at the UCLA International Institute. His courses include “Hollywood and Cultural Diversity in America,” “Hollywood and Global Responsibility” and “Hollywood and America’s Global Image.” In these classes, students explore Hollywood’s portrayals and representations of different countries, races and groups, and their impact on our culture. In 2018, Franklin was awarded the Eugen Weber Honors Program Distinguished Teaching Award for his work with the Honors Program at UCLA. He began his entertainment industry career in Hollywood at New Line Cinema where he assisted senior VP of production Richard Saperstein on the feature film Frequency and on the Denzel Washington film John Q. He then moved with Saperstein to Artisan Entertainment where he became a creative executive. At Artisan, he worked with Kevin Feige and the Marvel team developing numerous titles including The Punisher. He subsequently moved to Lionsgate Films where he worked with noted genre producer Peter Block on numerous horror and genre titles including the Saw franchise. After Lionsgate, Franklin worked at Dimension Films on the reboot of the Halloween franchise with director Rob Zombie, and on the Scary Movie franchise, which fulfilled a lifelong dream of working with director David Zucker (Airplane,T he Naked Gun). His last film as a development executive was Youth in Revolt, directed by Miguel Arteta. Currently, Franklin works at Zero Gravity Management overseeing their production department. Franklin is a graduate of Harvard University and has an M.F.A. from the USC Peter Stark Producing Program.

Bryan Wuest holds a PhD in Cinema and Media Studies from the University of California, Los Angeles. He researches and teaches film analysis, queer media, digital media, media industry studies, genre, media and politics, and film history, and his work has appeared in Film History, Journal of Film and Video, and the edited collection Queer Youth and Media Cultures.

Qualified students may sign up for more than one Film and Television program as long as the dates do not overlap.

Applicants from all backgrounds are encouraged to apply. The Creative Producing program is intended for beginning and intermediate levels.

For information on how to find a compatible internship for the Creative Producing Summer Institute, please view the Applying for an Internship Guide.

No, students from all different majors are welcome.

Students will receive separate grades upon completion for each course in this program. Grading types are as follows:

Still have questions? Check out the general Summer Institutes FAQ.